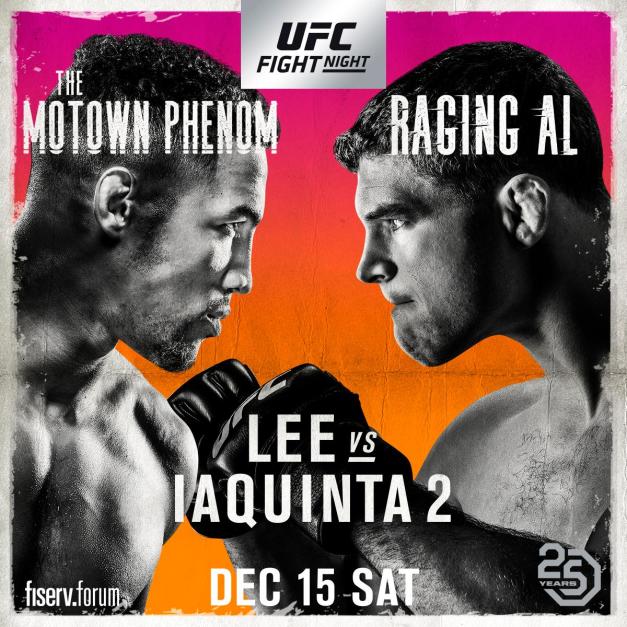 This Saturday UFC’s final card on FOX is set to go out with a bang. “Raging” Al Iaquinta  (13-4-1, 8-3 UFC) will take on Kevin “The Motown Phenom” Lee (17-3, 10-3 UFC) in the main event LIVE from The Fiserv Forum in Milwaukee. This will be the second matchup between Iaquinta and Lee who squared off back in 2014. Both fighters have evolved and shown improvement in different aspects of their fight games. Although matured, both a bit more established, polished and higher ranked, one thing hasn’t changed. Iaquinta and Lee very simply do not like each other. Expect to see the intensity that fuels off of that in the octagon on Saturday. END_OF_DOCUMENT_TOKEN_TO_BE_REPLACED 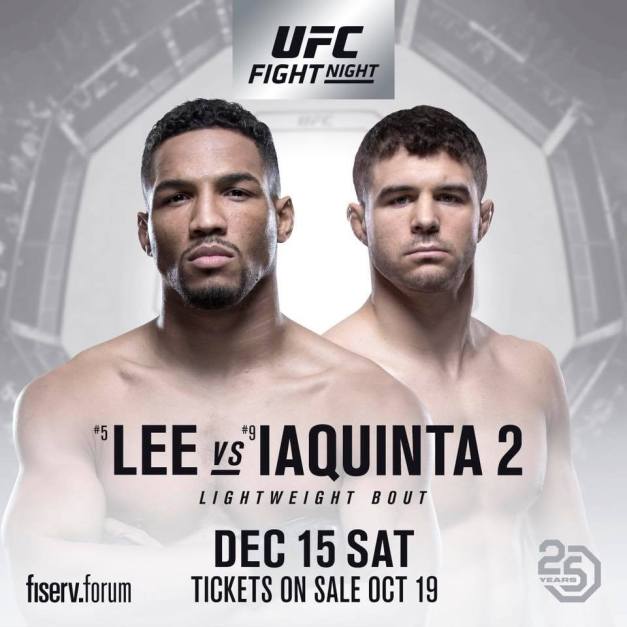 It’s a rematch that’s been some time in the making. On December 15th Al Iaquinta will take on Kevin Lee in the main event at The Fiserv Forum in Milwaukee. The two fought for the first time at UFC 169 back in 2014 ending in a unanimous decision win for “Raging” Al.

There is no love loss between these two fighters. Many words have been exchanged back and fourth through Twitter as well as comments about the other during interviews. Neither have been shy in regards to their feelings for the other. Both have called for this fight to happen for a second time at certain points, now both will get their wish. END_OF_DOCUMENT_TOKEN_TO_BE_REPLACED 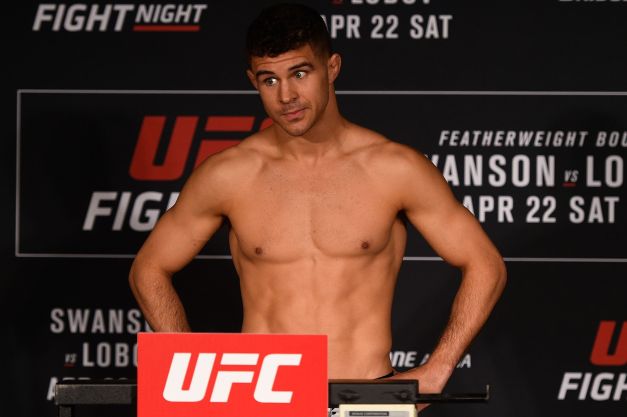 “Is there any reason you haven’t bought this shirt yet?!”

The Northeast is getting set for a winter storm today and regardless if you have an inch of snow or a foot, we’re having a Blizzard Sale. Extending our sale another 24 Hours! Don’t hesitate this deal WILL go away after today. UFC 223 is a month away. Represent Raging Al in style with this brand new shirt. Order today at ShopAlIaquinta.com 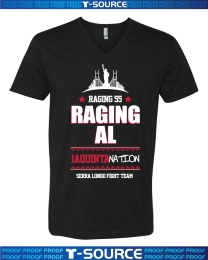 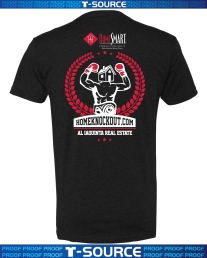 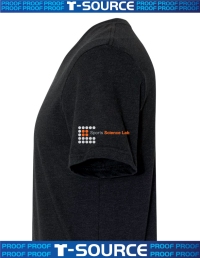 Get your new “Raging” Al shirt- Only 24 hours left 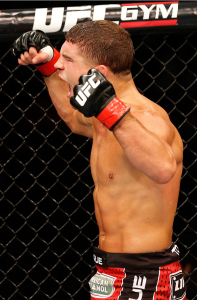 Don’t hesitate on this great deal, it will end tomorrow. Thank you to everyone who jumped on the pre sale pricing all ready. Shirts are going fast, fight night is just over a month away. Represent Raging Al in style with this brand new V-Neck as he gets ready to take on Paul Felder at UFC 223. $27.99 includes free shipping. What are you waiting for, order today at ShopAlIaquinta.com 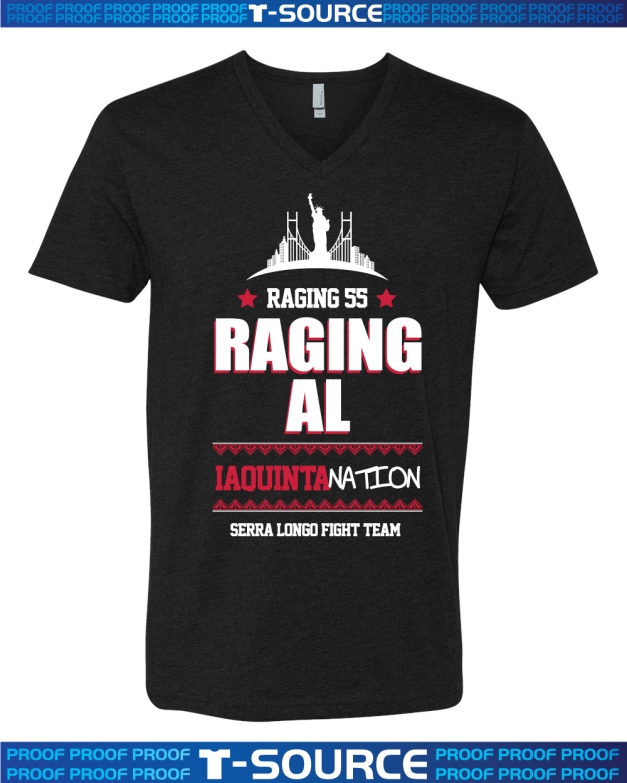 Excited to announce the release of the brand new “Raging” Al T-Shirt! The newest shirt of UFC’s Al Iaquinta. Show your support for Raging Al with this athletic fit V-Neck T-Shirt. Representing Iaquinta and Team Serra Longo on the front, advertising Iaquinta Real Estate on the back. 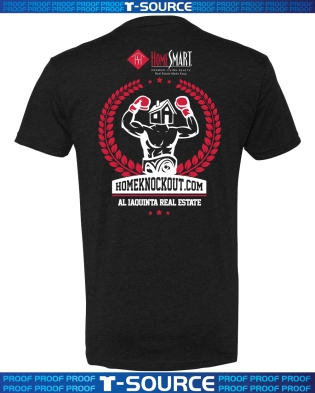 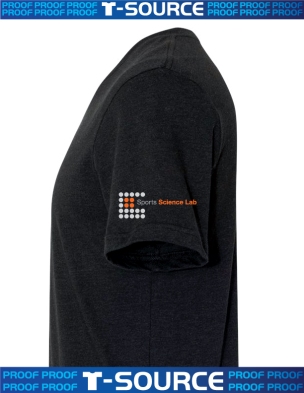 PRE SALE PRICING– For the next 48 hours these shirts will be 27.99 with free shipping. Act now as this deal will go away after the weekend. Don’t miss out on this limited time deal. Order yours now and show support for Al in his upcoming fight at The Barclay’s Center on April 7th.  All orders can be placed at ShopAlIaquinta.com

Any questions can be sent directly to MattPellicane@gmail.com

Iaquinta to Return-Raging at a Barclays Center Near You 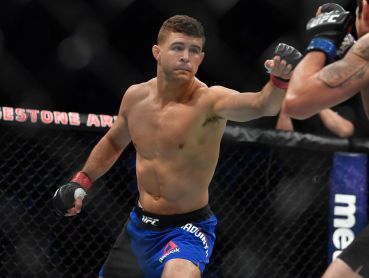 He’s back! News broke Sunday night that Al Iaquinta will make his return to the octagon. The number 11 ranked lightweight will return to take on Paul Felder at UFC 223. The event will take place April 7th from the Barclay’s Center. The fight was originally scheduled to take place at UFC 218 but Iaquinta was forced to withdraw from the match up. END_OF_DOCUMENT_TOKEN_TO_BE_REPLACED

Heee’s Back! Iaquinta set to Return in Nashville 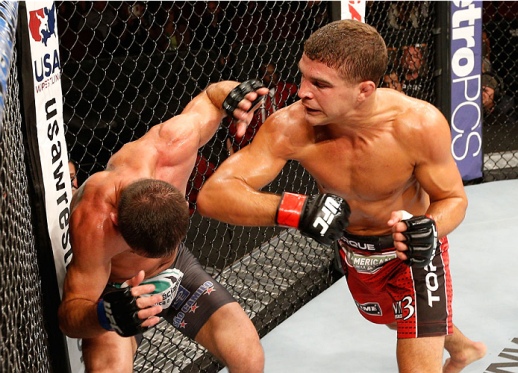 Although last night the focus was in Brooklyn for UFC 208, there was breaking news announced during the card for one of New York’s fan favorites. Serra Longo’s Al Iaquinta will make his return to the octagon at UFC Fight Night Swanson vs. Lobov. The fight will take place April 22nd Live from the Bridgestone Arena in Nashville Tennessee. Iaquinta will take on veteran and Ultimate Fighter Season 1 alumni Diego “The Nightmare” Sanchez.

END_OF_DOCUMENT_TOKEN_TO_BE_REPLACED

Iaquinta takes a Stand, Currently out of UFC 205 Bout 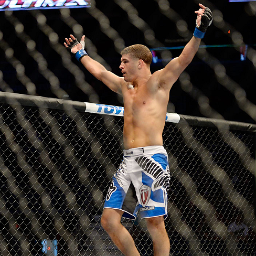 Back in July the UFC sold for an astronomical 4 billion dollars. Yet despite that, and with the new Reebok sponsorship deal in place, fighters aren’t seeing changes financially. One of those fighters happens to be ranked 13th in the lightweight division. Al Iaquinta has taken a stand, one that may help other martial artists fighting for the promotion put things into perspective. That these athletes putting their bodies on the line through training, and on fight night, are not being properly compensated or represented.

Today, Iaquinta made his decision well known. He would currently remain off the UFC 205 card in a contract dispute. UFC 205 is the first in New York, at the Worlds most Famous Arena Madison Square Garden. A card that just about every New York fighter is scratching and clawing to become a part of. For Iaquinta it’s become much more. It’s become making a long term life decision, and a moral decision. Over fighting in an arena he’s dreamt about fighting in since entering the sport. With the current deal in place if Iaquinta were to lose the fight, it would be “like fighting at MSG for free” He explained.  END_OF_DOCUMENT_TOKEN_TO_BE_REPLACED 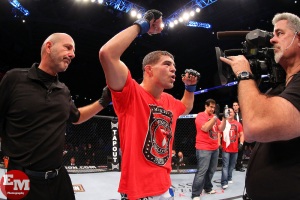 It appears fight fans and Iaquinta Nation may get to see Al Iaquinta back in the octagon sooner than expected. After a second opinion on his injured knee, the 155 pound stand out will avoid going under the knife to fix the damaged cartilage. Instead Iaquinta will undergo stem cell injections and plasma therapy. This will keep Iaquinta out for a significantly shorter amount of time, lining him up for a return at the new year. END_OF_DOCUMENT_TOKEN_TO_BE_REPLACED 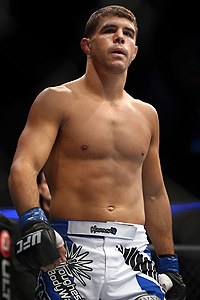 Tonight I had planned to post a preview to what had the makings to be an incredible fight between Al Iaquinta and Gilbert Melendez. Unfortunately news broke late this afternoon that that exciting light weight bout wasn’t going to happen. Gilbert Melendez has tested positive for testosterone metabolites, present from an outside source. Melendez failed a urine test following his UFC 188 loss to Eddie Alvarez. The light weight has come clean admitting to his use of a banned substance, apologizing to fans and the UFC today. Melendez will be suspended for one year. END_OF_DOCUMENT_TOKEN_TO_BE_REPLACED